The college can claim not only sound film projections, a language laboratory and resources centre facilities, but a television studio of its own where students can make, as well as watch, programmes on the college premises and on ‘location’. The CCTV unit provides interest, entertainment, instruction and training in a variety of ways and is in constant demand.

The following is taken from a series of correspondence between Brian Ellwood, a former Chief AV Technician and Studio Instructor at the Toastrack, and Manchester Modernist Society.

“I worked at Hollings from around 1962 to 1980, first as a Lab Technician and then in the Art deparment, where the Head was Ian Croft. John Williams was an Art lecturer and the College Photographer – I eventually took over the photography and built a CCTV studio in the end art room. 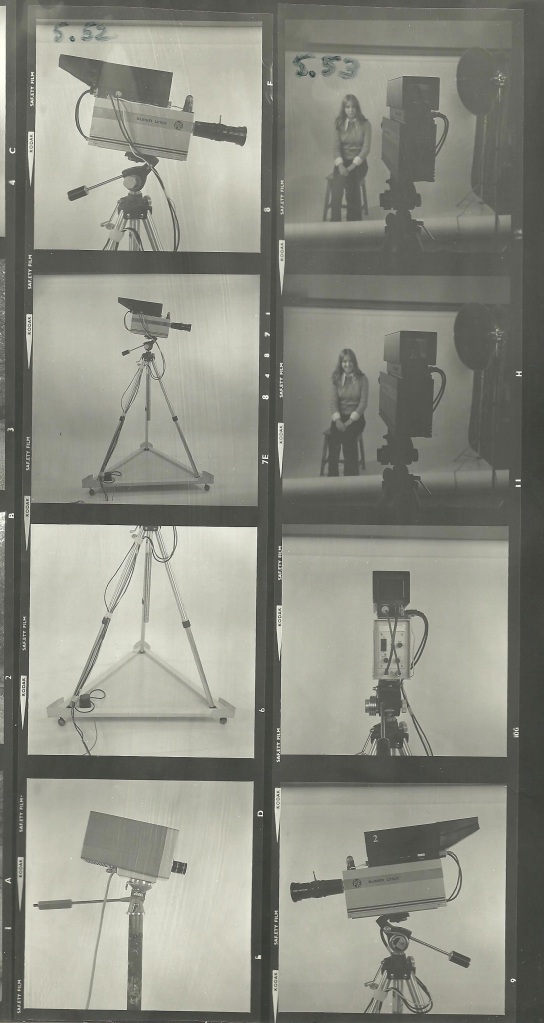 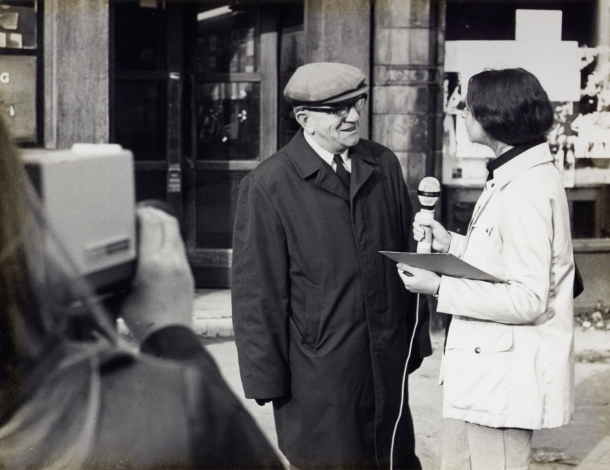 There is a short Super 8 film of a student visit to the Paris Fashion shows, you can see it here:

I worked at Hollings for a long period and saw it change from a Domestic and Trades College with purely C & G certification to Graduate courses.

I still have most of my personal negatives which cover from around the 1960s onwards, some of which are photographs of students, mostly ladies as they were often asking me to take a picture for their boyfriend/mum/nan etc. All the Hollings events that I shot officially, as it were, remained in the college files when I left.

Most of the photographs I took were the property of the College and remained in their files, which I guess are long gone along with the videos.

Soon after I left the studio was dismantled, but it may have been one of the earliest set-ups in an educational college, after the Poly Faculty of Film, TV and Drama.”